What Makes It a Great Migration

With this campaign, I am breathing new life into an original music composition I wrote that reflects on the history and impact of the Great Migration in Chicago neighborhoods. As a performing artist, educator, and poet, I’ve always been passionate about making work that connects people to history, to my hometown of Chicago, to the Black Arts Movement, and to the ways we can inspire others—especially young people—to leave the world better than the way we inherited it. This project originates in a song I wrote back in 2010 when I was teaching elementary students at St. Thomas the Apostle School. I then performed a rendition of it at the 2016 Chicago Jazz Festival and the dedication of the 35th Street suspended bridge. Now I feel it’s time to resurrect the song for an even larger purpose, but I need my community’s help to make this happen. With your support, I will complete a professional audio recording of the song, create my first music video, and develop a companion study guide that uses the song as a basis for curriculum in schools. Like all of my music, I want this work to inspire people to work toward consciously making their own unique and positive contribution to the layers of history. My poetry and musical voice is the expression of my hope and intention to create a greater sense of responsibility for a positive future. I believe releasing this video and sharing the study guide with educators and students will serve to both inform and uplift history.

For almost three decades now, in addition to performing concerts with my band as a solo artist and in collaboration with ensembles and organizations in Chicago, I have focused much of my creative work as an educator of young people. Late in the 1970’s my father, Oscar Brown, Jr., began using the term "edutainment" as entertainment not just for the sake of amusement, but to raise consciousness and knowledge. I was heavily influenced by my late, great, dear ol’ Dad to use my gifts, voice, and talents to be an entertainer who would educate, unify, and advance humanity.

I first wrote the song “What Makes it a Great Migration” to help teach elementary school students the legacy of families who made journeys from the South to places like Chicago. My family’s own story is wrapped up in this history. My grandfather, Oscar Brown, Sr., and one of his brothers came up from Mississippi in the first wave of the Great Migration. They landed at the Roosevelt Road train station. They were both attorneys and went into business helping other Black folks get into business. They fought for fair housing and helped to build Black-owned companies and support entrepreneurs in the area now called Bronzeville, site of the early Black Metropolis in Chicago. My Dad then began his career writing and singing songs about that same neighborhood where he came up in the 1930’s and 40’s.

So now this is me coming full circle, and I’m excited about the ways I can revive this song to reach more youth, more people in the community, and make more connections to our shared history.

Funds from this campaign will be critical to bring this all to fruition. The song is recorded but needs the final step of “mastering” the soundtrack so that all sound frequencies play properly across all types of devices (car radio, CD player, digital devices, etc.). I have identified the studio and engineer. My concepts for the music video are written out in storyboard form, which I will share with a videographer to finalize a plan for capturing the footage and still images needed. I have identified the choreographer, Indika Dullea, a Columbia College Chicago graduate with a degree in dance. I have narrowed down three choices of videographers and plan to solidify this in June. I envision casting and rehearsing actors/dancers (12 to 16 total, mixed ages). Once I have the final recording and the video, I’ll upgrade my website as a platform for distribution. I’ll also use my relationships with several principals and teachers to introduce the song into classrooms and begin collaborating on refining a study guide. Should I surpass my $5,000 funding goal, I will be able to create DVDs to offer in curricula for schools and educational organizations. Even if not, I will be able to send people to the online source to obtain the song.

Thank you for helping me bring this song, my talents, and this historical legacy to greater light. 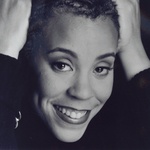 Singer, songwriter, actress, producer, and director Maggie Brown is said to be “one of the most fiercely committed artists in Chicago” by Chicago Tribune’s Howard Reich. Maggie grew up tuning into her father’s methods on stage, at the typewriter …