For over a year and in different iterations, I have been collaborating with dance artists Solomon Bowser, Dedrick "D. Banks" Gray, Damon Green, and Orlando DeLeon to develop aMoratorium, a response and tribute to visual artist Charles Wilbert White. With a primary focus on Black male identity, visibility, temporality, and its absence, the piece also examines death as it relates to the Black church and Black spiritual traditions. aMoratorium is important to me because I have been ruminating on the fact I have been doing creative work in Chicago for nearly twenty years. I want to celebrate this by continue doing something I love and making a tribute to a Chicago artist whose work resonates with me on many levels. In January 2020, I am presenting the first evening-length version of aMoratorium as part of the LookOut Series at Steppenwolf Theatre Company. This will be a 50-minute performance featuring Dedrick "D. Banks" Gray, Solomon Bowser, and live DJing by Jared Brown. We are currently in our final phases of development and preparation for this new rendition. With this campaign, I am raising funds for production costs, including stagecraft and design elements, which will enable me to fully realize my vision for the public presentation of the work. Additionally, contributed funds will cover collaborator fees, an essential element to honor the talent and labor of the artists associated with this production. With your support, aMoratorium like White’s work will uphold the legacy of honoring the life of Black and Brown people.

Last summer I was commissioned by The Art Institute of Chicago to make a performance for their 125th Anniversary Block Party event. The Charles Wilbert White Retrospective opened then as well. When considering what I would choreograph for the event, I ended up deciding to respond to the retrospective. As I was musing over and studying White’s drawings and paintings, I was captivated by how I saw remnants of my family history in his work: my grandparents’ and parents’ stories of struggle, resilience, and joy growing up in Southern Georgia. It made me think about what I am contending in this current day, the societal concerns around Blackness, and my desire to be in spaces/company/studio with other Black men.

The development of aMoratorium has pushed me in new creative directions, not only with choreographic strategies but stage design. I am currently researching and drawing upon texts about trees (by Danez Smith, Jericho Brown, Hanif Abdurraqib, and Shikeith) to uncover new embodied meanings about visibility and temporality. I chose trees because they are a loaded metaphor to unpack, particularly with regard to the history and physicality of lynching. The question is why they let them hang us? By digging into these works about trees, I foresee much of aMoratorium having a poetic modal tone with a succession of moments that result in no apparent ending to comment on death and Black spiritual traditions.

As the production phrase quickly follows, the stagecraft and design elements that I envision for aMoratorium include a tree, amulets/objects hanging from it, and video projection. I enlisted Jacob Snodgrass to assist with production elements, Khortni Nicole for the video projection, and some of the amulets/objects I hope the audience can bring to the performance and hang them on the tree as part of the performance. With your support, we can bring in the New Year with a beautiful performance and new beginnings. 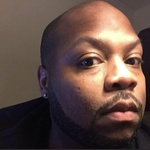 J’Sun Howard is a Chicago-based dancemaker, writer, curator, and administrator who was awarded an inaugural 2020 Esteemed Artist Award from the Chicago Department of Cultural Affairs and Special Events (DCASE) and is an Asian Cultural Council Fellow.