Her Only Light: The Songs of Connie Converse

I am arranging music by the late composer Connie Converse, who wrote brilliant folk and art songs between 1945-1961 and whose work was almost entirely uncelebrated in her lifetime. Together with vocalist Emmy Bean and instrumentalists from the 5th Wave Collective, I will produce a program of Connie’s songs for performance in the spring of 2023. The program will include my new arrangements of Connie’s piano songs, which will be set for a small chamber ensemble of strings and winds.

Her Only Light is devoted to the work of Connie Converse, a composer and songwriter whose remarkable music is as relevant to our own time as it was ahead of its own. Her voice as a songwriter, composer, and a singer—wry, literate, and tinged with a profound loneliness—is singular, but oddly familiar, and her life became a narrative to which this music is uniquely suited. As an artist, she struggled for years in obscurity, working at desk jobs by day and seeking recognition for her music in New York City until she decamped to the safe haven of Ann Arbor, Michigan to find solace among family and friends. In August of 1974, shortly after her fiftieth birthday, she wrote letters of goodbye to each of her loved ones and drove away. She has not been heard from since.

I am overjoyed to be working with vocalist and interdisciplinary artist Emmy Bean, who brings to our collaboration not only her gorgeous voice, but her unique sensibility and musicality, and her extensive skill as an interpreter of contemporary classical and experimental folk music. This project also benefits from Emmy's perspective as an interdisciplinary artist in theater and performance, and will incorporate visual and theatrical storytelling elements.

I’ve enlisted the instruments that I most want to hear in company with Emmy’s voice: a string quartet, a harp, and a pair of clarinets. It’s been such an enjoyable riddle to solve: expanding upon the ideas in Connie’s instrumental accompaniments, responding to her vocal melodies, finding new ways to illustrate the images depicted by her lyrics, underscoring moments of danger, stillness, or transcendent beauty with the various colors that this ensemble can produce.

Connie Converse’s music, to those who hear it and love it, appears as a kind of distant call of recognition. We are grateful to Howard Fishman and Dan Dzula in particular, who have championed her music before us, producing and distributing recordings of her folk songs and art songs. Without their work, we would not have heard Connie’s voice or been inspired to interpret and perform her music.

Our aim is to connect Connie’s music with the audiences she always deserved but never got to enjoy in her lifetime—and in particular to lift up her last surviving work, the Cassandra Cycle, which makes space for a unique shared experience of reverence, prophecy, and grief. Along with the members of the 5th Wave Collective, who will include this performance in their 2022-23 season, we aim to create an encounter between musicians and audience that makes possible a new view into the world that Connie Converse saw beyond her own. We like to think that she would be tickled by the idea of her work being re-imagined in this way and given new life.

Your donation will go towards compensating the brilliant musicians who are helping us bring these songs to life, and paying for rehearsal space and production costs associated with mounting the performance, which is planned for the spring of 2023. 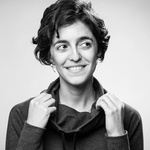 Ronnie Kuller is a Chicago-based composer, arranger, pianist, and accordionist. Some highlights of her musical career: playing accordion onstage with the Joffrey Ballet, collaborating with the Chicago Sinfonietta, and performing regularly as the piano accompanist for Mister Tom Musick. She …