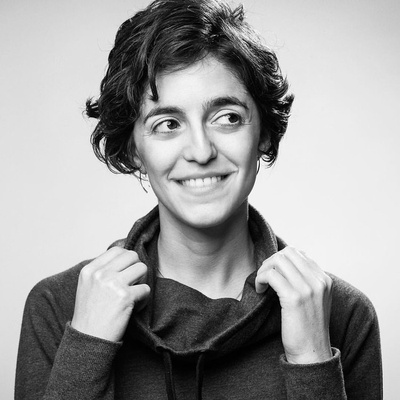 Ronnie Kuller is a Chicago-based composer, arranger, pianist, and accordionist. Some highlights of her musical career: playing accordion onstage with the Joffrey Ballet, collaborating with the Chicago Sinfonietta, and performing regularly as the piano accompanist for Mister Tom Musick. She has written for the Chicago Film Archives, the BBE, Opera-Matic, the Neo-Futurists, Gaudete Brass, and Mucca Pazza, where she served as Artistic Director for several eventful years. Her music has been featured on critically acclaimed television shows, recorded onto wax cylinder, and played at the Ear Taxi Festival. She’s looking forward to playing accordion in the Lyric Opera’s fall 2022 production of Fiddler on the Roof. She lives in Chicago with her wonderful husband Patrick and amazing daughter Sylvie.

Ronnie Kuller has crowd-funded a project with 3AP