For me, dance is the art of being like a condor hovering in the breeze. Though its outstretched wings appear still, they exist in constant transformation as they collaborate with the ever-changing conditions of the unseen winds. Inspired by this idea and “reading the air,” I am creating a new music and dance performance installation called Inception: ETHOS Episode II that will be presented outdoors at the South Shore Cultural Center Park in Fall 2021 as part of Night Out in the Parks through the Chicago Park District. This piece is the second iteration of my ETHOS project that reflects on humanity’s ancient and ancestral relationships to nature. The pandemic has been teaching us to appreciate the ordinary moments of our lives and to reflect on what matters most to us, including just being, moving, and breathing. With Inception, I will invite audience members to participate in a 90-minute aesthetic and physical inquiry about an ideal ethos of humanity and how it is perceptible through movement and the way of being. I am choreographing and performing in this ambitious project that will feature an ensemble of dancers, musicians, and community cast members recruited in partnership with Calumet Is My Back Yard (CIMBY), a nature conservation youth stewardship program in the neighborhood. Your support will help cover artist fees, honoraria, and production costs to nurture this large team and envision the intangible and invisible ETHOS into the tangible and visible.

My name is derived from the word ethos. My father who passed away in 2014 also named my two elder sisters after pathos and logos. As a dance artist, I sensed the call to explore this intangible and indeterminable element of ethos, especially now in this moment. My practice also has been influenced by the 17th-century haiku poet Matsuo Basho, who was an enthusiastic reader of Taoist Zhuangzi. The Taoistic bird's eye view helps us to shift our mental focus from the social norm to "the miraculous in the ordinary," grasping the moment of furyu, or "wind flow," which can be seen as aimless, yet the absolute cosmic moment of reality in nature and the universe.

My goal has been to bring this furyu moment to contemporary urban audiences. I’m guided by similar enlightening moments that have been shared through Stoicism by ancient Greeks; the Yoruba concept of Iwa Pele, or the Good Character; Pachamama from Andes; and Indigenous beliefs, to name a few. Respecting nature and being humble has been a universal idea among all humanity on the earth.

I am thrilled to actualize this utopian performance together with the ETHOS performers: Tuli Bera, Irene Hsiao, Lesley Keller, Amanda Maraist, Danielle Ross, Darling Shear, Xochyl Perez, Maryam Salem, and members of CIMBY. We will be joined by musicians Michael Zerang and Mabel Kwan, and a team of visual/video artists still in formation.

What I hope is that Inception: ETHOS Episode II transmits a feeling of freedom to the audience, giving the impression of balancing emptiness (no control) and fulfillment (control) at the same time. Guided by our performance, visitors will experience being one with nature and recall that “we are nature.” 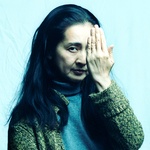 Called “moving everyday sculptures, artfully cast in naturalness” (Luzerner Zeitung, Switzerland), Ayako Kato established her dance company Ayako Kato/Art Union Humanscape in 1998 and has been active as a choreographer, dancer, educator, and curator. She has created work through interdisciplinary …