La Habana is both a play with live music and film, as well as a documentary film that delves into the lives of the Caribbean Latino immigrants that came to Chicago in the 1960s. La Habana is inspired by interviews with this same population, now in the twilight of their lives. It documents this culturally rich population that has been historically ignored and disenfranchised. These Chicagoans, now in their seventies and eighties, have seen the city grow through a different lens of experience. If we do not chronicle them now, this piece of Chicago and Latino history will be lost.

The idea for La Habana came to me after a conversation with my father about his early days in Chicago. It was 1965 and newly arrived in Chicago from Colombia, he and my mother settled in Lakeview on Barry and Broadway. He told me about a nearby club, La Habana Madrid on Belmont and Sheffield, that they frequented. It immediately struck me as a captivating setting for a play. The music, the lights, the people, the era: elements rich with possibilities. The pull to tell this story has proved irresistible.

La Habana is a theatrical, cinematic and musical history of Latino Caribbeans in Chicago. Your generous contribution will support the costs of the filming and editing of the interviews to be used in the play La Habana and the resulting film documentary of the same name.

In the 1960s, Chicago saw a dramatic influx of Latino immigrants from Caribbean countries onto its streets: newly landed Puerto Ricans, Cubans, Colombians and Dominicans, brought here by the promise of blue collar industrial jobs and, in some cases, to escape political strife. A high percentage of these immigrants, including my Colombian parents, settled on the north side of Chicago, along the lake. A few blocks west of the lake, on Belmont Avenue, there was a popular music venue, La Habana Madrid. The club booked famous Latino Caribbean musical acts from overseas and New York, where the salsa music movement was beginning to explode. La Habana Madrid was a refuge for these new Chicagoans, a place where home was instantly evoked by the sound of the bands from their homelands. It was a melting pot of Caribbean immigrants, all mixing for the first time, in a new country, brought together by the love of their native cumbia, mambo and merengue rhythms. Almost 50 years later, there is no trace of this bustling club nor the community that considered it a haven.

Located on Belmont, just under the “El” tracks at Sheffield, the intersection is now filled with cheap clothing stores, bars and chain restaurants. The Latinos were pushed west decades ago by the city's “urban renewal” plan of the 60s and 70s, accelerated by developers and escalating rents and taxes. This history is all but forgotten, and their lives have never been portrayed on stage.

The goals of this project are:

-To open up the meaning of what being Latino means among a diverse audience, and illuminate the vibrant, distinct heritages between Latino cultures.

-To give Latino Chicagoans a piece of theater and film that reflects their stories.

-To develop a theatrical oral history of Latino Chicagoans, and preserve and share this little known history of Chicago.

-To develop a show/documentary film that multiple generations of Latino families can enjoy together.

For the 3Arts 3AP funded portion of this multi-pronged project, which is the filming/editing of the interviews for the play and the documentary film, I will be collaborating with Ben Kolack, award winning Chicago based documentary film maker (Scrappers, named a Top 10 Documentary of 2010 by Roger Ebert).  We are set to conduct the interviews and filming this fall. 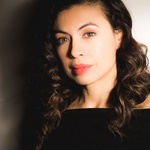 Sandra Delgado is a Colombian-American writer, actor, singer, and producer born and raised in Chicago. She is best known as the creator and star of the hit play La Havana Madrid. Acclaimed as one of the best plays of …