Chicago’s artists inspired me to dream. A few years ago when I was new to Chicago, I would run down Lakeshore Drive, listening to R&B and dreaming of televisual narratives. I was serially dreaming, casting as characters the artists who would eventually become my collaborators on Open TV (beta), a research project and web platform that I created to develop artistic, intersectional TV. With this campaign, I am asking you to support Serial Dreamer: Co-Op, a collaborative comedy pilot for a new series of stories about residents in a Chicago co-op as they dream about other worlds. The full series will follow a different character in each episode through their everyday life and their dreams. Each character and story line is created by a writer who has pitched or produced a project during Open TV's first two cycles or participated in the Open TV Writers Group during our residency at the Chicago Cultural Center. This project is an experiment in using queer TV development to mobilize our community and exponentially increase the number of artistic, intersectional TV stories coming out of Chicago. Serial Dreamer: Co-Op represents my dream for Open TV: ever-growing, ever-evolving, community-driven, and continually generating value from telling diverse stories.

Serial Dreamer: Co-Op takes me back to the origins of Open TV. I moved to Chicago knowing little except that I wanted to do innovative research and find community. For more than a year I was lost, depressed, and lonely because my partner was in Hollywood and I was in an intellectual slump trying to transform my dissertation into the book. I slowly found my way out of this depression by finding queer community through Chicago’s art and nightlife.

Serial Dreamer: Co-Op starts with Gia, played by Saya Naomi, whom I met as a drag performer in nightlife and co-starred in my directorial debut, Nupita Obama. The pilot expands her story to include the many characters created by writers who have joined me on the journey to developing Open TV. Co-Op introduces each of these characters at a tense co-op board meeting and gives a glimpse of their dream worlds. The following artists will be contributing their own characters: Aymar Jean Christian, Shelly Conner, Roger Fierro, Felicia Holman, Abra Johnson, Phillip Lambert, Jr., Jordy Marilyn, Elijah McKinnon, Meida McNeal, Saya Naomi, and Ashley Ray-Harris.

Serial Dreamer is an ambitious experiment in queer TV development: a series of pilots about intersectional characters. In the full series, each episode focuses on one of the co-op residents and we follow them in their everyday lives and jump into their dreams. Inspired as I was by dreaming while running to music, I imagine these worlds as music videos embedded in a serial narrative, but that may vary based on each artist’s vision and resources. Each episode will ideally have the same cinematographer but different directors and creative teams. Characters may show up in other series, or not. The relations in the show will be as organic as relationships in the real world. 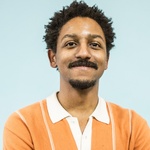 Aymar Jean Christian is an assistant professor of communication studies at Northwestern University and a Fellow at the Peabody Media Center. Dr. Christian’s first book Open TV: Innovation Beyond Hollywood and the Rise of Web Television  (New York University …