A Study in Rhyme & Song

A Study in Rhyme & Song is a mobile exhibition project with accompanying performance elements that draws upon research about sound-system culture, minstrel songs, and vaudeville traditions. At its core, I want to explore the history and continuing legacy of social music, particularly children’s nursery rhymes that are so engrained in the public psyche that they continue to perpetuate colonial themes, othering, and violence against marginalized communities. Because this subject is rich and expansive, I decided to focus on one song, "Ten Little Indians." Originally a minstrel show tune, the song has been re-adapted into a popular children’s nursery rhyme that has been used as a tool to teach children how to count and learn English as a second language. Through my field research, I found it was a song that has touched and is remembered by at least five generations and is still internationally circulated in contemporary culture. Beyond colonial nostalgia, I believe the song’s history is directly connected to the circulating xenophobic practices still relevant today in our socialized society, academia, and entertainment. With this project, I’m raising funds to create a series of sound sculptures, audio collages, choreographed work, and videos that offer a critical perspective to the notion of social terrorism through the lens of children’s rhymes and songs. Through this mobile exhibition project, I will tour the performance as a circulating intervention in public spaces.

"Ten Little Indians," originally written and performed as minstrel show in the late 19th to mid 20th centuries, was heard internationally through minstrel circuits from America to Europe. Written by Septimus Winner, the song celebrates the violent deaths of little black and brown boys through lyrics that begin with “Ten little injuns went out to dine; One choked his little self, and then there were nine.” Today, you can still find versions of the nursery rhyme adaptation across the world.

As a popular form of theater and musical performance, the minstrel show has been instrumental in contributing to social music that is now part of our public domain. In looking at music in the public domain, there is a long history that shows colonial thought and violent acts against marginalized communities as entertainment. This music is available for fair use, thus allowing one to adapt lyrics to a song and continue to circulate ideas. Within that public space for creation there exists "a violence of participation" associated with performance of these lyrics and this melody.

For A Study in Rhyme & Song, I want to confront the history of media representation in education and entertainment. One piece in the project will be Easy Listening, a sound sculpture consisting of 10 sets of 5 custom-made toy records that are 3D-printed and compatible to play on Fisher Price Record Players. These sound sculptures are activated by performers and played for audiences to listen along.

The series Then There Were None will be composed of an audio collage, choreographed movement, and a video montage. Utilizing movie soundtracks, television shows, audio recordings, children’s kindergarten song recordings, and vintage records, the series will remix and rework this material. The piece will function as a sound installation played to congruent choreographed movement that explores themes of the school-to-prison pipeline, gun culture in America, social justice hashtags, masculinity and queer culture, and comic relief as a durational performance. The final layer of the project will feature a video montage that provides cultural and historical references from films and television shows, books, card and board games, ephemera, and online material.

As an artist and educator, I am most interested in exploring institutional structures that continue to perpetuate violence through participation. I see this project as a tool for building a more universal language using sound, video, and performance to communicate ideas beyond colonial nostalgia. In its early creation, it has been a platform to mobilize critical thought and question the need for identity legibility within the very traditions that had reinforced marginalization.

With funds donated to this campaign, I will work with builders to design and create a mobile sound system that will tour all components of A Study in Rhyme & Song throughout Chicago playgrounds, parks, and lakefronts as a free program. Looking at public space as a place for recreation and intervention, I will hold related workshops and collaborate with local performers and choreographers to create site-specific and site-responsive performances. 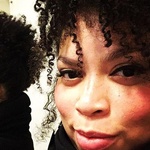 Sadie Woods grew up in Chicago during the takeoff of hip-hop, electro, and the proliferation of musical styles that matched the multiple subcultural and counter-cultural identity movements, which have been a vehicle for her re-examination of celebrated voices in pop …