Bridging continents, oceans, and centuries, I’m developing a new film that centers on queer, Black folx displaced by colonization and linked by speculative imaginings of joy and sexual freedom. My project, (Un)Imagined Lives, draws from Christina Sharpe’s monumental biographical journey, In the Wake: On Blackness and Being, and similarly seeks to redefine the cultural contributions of Black folx, our relationship to land, water, and voyage—the nebulous space connecting us to various continents in the wake of slavery. Through research in the rural American South and the southern French coastline, I hope to create a tender, exciting, and experimental filmic odyssey that connects us to the spirits once lost underneath the Atlantic Ocean.

This project is deeply personal as well as broadly reflective of many untold and unexamined histories.

We rarely talk about gender, sexuality, queer-ness, and sexual proclivity when we speak about the Middle Passage. I’ve been struck by this idea. How many queer, trans and gender non-conforming Black folx drowned as they crossed the Atlantic? How many of my queer-kin haunt the Atlantics? I feel compelled to imagine what their un-imagined narratives were and are, bringing their un-imagined lives to the surface.

In 2023 I will embark on an artist residency at the Camargo Foundation in the south of France. Along that area’s coastline there are numerous enclaves, bathhouses, saunas, and watering holes, as well as a heavy infusion of North African immigrants. My family shares an entire unbroken generational lineage with the Berber people of Mali; that is, until slavery brought us to the United States.

Displaced from our land, I ended up growing up in the American South—Greensboro, North Carolina, to be exact—in an embattled locale of racial divides where Confederate flags flew freely across the street from my elementary school, middle school, and high school.

Over the last four years, I have returned to various regions throughout the American South to conduct ethnographic research collaboratively with other queer, Black, sex-positive folx. These collaborations utilize a multitude of art forms, including audio, film, photography, ceramics, and textiles, all specifically targeting the rest, leisure, and access to water that is denied to those living in the wake of slavery.

With my trip to Camargo, I can now add a new dimension of this work by incorporating parallel research and multimedia collaborations with queer, Black folx in this southern French corridor. I seek to metaphorically, and literally, connect my never-before-seen American South digital film work with new 16mm film taken during my Camargo residency to make a feature film that bridges continents, travels the distance over water, and synthesizes years of sexual exploration.

Currently titled (Un)Imagined Lives, the project combines my love of archives, sculpture, sound, film, and textile into an embodied installation that will be shown first in Chicago and then throughout the South, and ultimately France (with dreams of having an exhibition of this work in North Africa).

I seek support to produce, direct, edit, and share this project with the world. In (Un)Imagined Lives, our bodies and our histories slink into a liminal exploration of uninhibited sexual odyssey, an incantation to connect with the sexual spirits lost underneath the Atlantica multi-voiced monumental memoir—a story rarely, if ever told of Black sexual freedoms explored with care, joy, and authenticity.

STRETCH GOAL! Thanks to all of your support, we reached our initial goal of $5k in record time, which means we are now shooting for a bigger goal of raising $25,000 by World AIDS Day (December 1st)! We need to make this film project a reality. Please continue to support and share with others. Thank you for believing in the mission, the message, and the project. 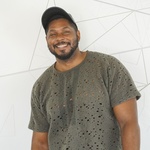 Derrick Woods-Morrow's work is a meditation on deviation and disruption, on language and representation, and on growing up in the American South. Currently based in Chicago and originally from Greensboro, North Carolina, he explores through his artistic practice Black sexual …