Blk Ark: The Impossible Manifestation is a multimodal project consisting of a live performance, community co-created sound score, and scholarly digital publication. Inspired by Ẹsẹ̀ntáyé, a Yoruba ceremony wherein a baby’s destiny is revealed, Blk Ark is a destiny of marronage. I wish to reflect on fugitive movements from enslavement, bondage, and journeys to a new world. In embodiment of Hip Hop’s wildstyle: we outside.

James Baldwin was once accused of courting anarchy and replied, “...disorder was a necessary aspect of his life... He could not afford to be tamed.” Blk Ark centers the refusal to be tamed and its demand for an embrace of “disorder” for Blk liberation. As Assata Shakur stated, “Power concedes nothing without demand.” This work is as much about community power as it is about embracing my own yearnings for a life untamed.

My commitment to Hip Hop began with the Gateway City Breakers crew in 1994, as Culture Free aka Lady Wu, and since then Hip Hop has been a massive prism for my life. This work originates in Hip Hop, and my collaborators and I are driven by Blkness and anarchism. Inviting exploration and co-ordination; Hip Hop as a post-disciplinary arts practice that provides a lens for critical exploration of socio-politics and liberation grammar.

Our movement-based work will recall multi-polyrhythms of Blk migrations and marronage. We’re talking rebellion boat rocking and punk-jook joints jumping...combining, overlapping. The outside: a place-time of escape—we climb to the unseen, we swing, jump, and grace sky, and in the words of Marvin Gaye, we see what’s going on, while pausing for breath in mid-flight/fight(?) The work's repetition and cataclysm reflect its composition, amplifying the now and providing an ancestral and futuristic echolocation. Blk Ark demands of me a physical return to form and asserts that I go beyond my past ways of artmaking so that it resounds from the present to the future.

The asphalt basketball court at the Kleo Family Center is the site of the community co-created score and film. Multiple generations are engaged via an open call for paid participation available to Kleo clients. Together we adapt games of play, use a variety of percussive instrumentation and vocal call-and-response accompanied by wearable sound sculptures designed by Hip Hop textile artist Xavier Johnson. Living on the South Side of Chicago, right across from Kleo, and being embedded in community is the bedrock of the work and serves as a primary source, inspiration, and testing ground. Working for and created with the people is paramount to me.

The resultant score is remixed and funnelled back in service of the live performance. It takes on trap and chopped and screwed production with hauntings of Blk corner, church, temple, and raw punk articulation. Personal and social markers are traversed, and architectural typologies bring the outside in, providing mediated scenographic composition and mandala-like rituals of creation. The sonic and symbolic heart of Blk Ark resides in the mixtape, the playground, the underground, and Blk radio. All of which has meant so much to my life, and are spaces that undergird so much Blk exploration.

Hip Hop fuels my analysis and articulation of society's psycho-material quagmire for Blk death and ways of journeying toward Black liberation and power. The Blk Ark digital scholarly work positions the anarcho-choreographic of Hip Hop as an intergenerational offering within the Black Radical tradition. In addition to photographic works, its innovative interactivity and presentation reflects the key thematics of Blk Ark: collaborative learning, exploration, and play. The work will consist of offerings by a veteran of the Black Panther Party and the Student Nonviolent Coordinating Committee, and co-founder of the Black Autonomy Federation, Lorenzo Kom’boa Ervin. And by iconic underground protest singer/mc/poet/songwriter and all-around anarcho-agitator, Prophet aka Not4Prophet, formerly of anti-corporate political punk rock band, RICANSTRUCTION, and (alongside DJ Johnny Juice of the legendary rap squad Public Enemy) the conscious Hardcore Hip Hop group, X-Vandals.

This is a rumination on ties, binding, and community. With every step, I’m saying, “What will it take to get free?'' and “Can I see the end of the world from here?”

3AP funding for this project will help in providing the necessary time for practice and research for my collaborators and myself. This includes material and technological experimentation and development. Over the course of the next 12 months, additional funding will be sought to cover production costs of the live performance and digital publication. 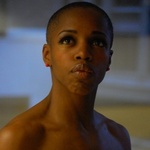 Cat Mahari’s practice is built from a richly layered body history, stemming from an archive of research, physical training, and intent to manifest an intellectual, material, and informal legacy of liberation through documentation. By examining personal marks and socio-genealogical maps, …