I am staging a solo performance project called Fifth City Revisited at the First Church of the Brethren in Garfield Park. The work explores the history of Fifth City, a radical community experiment from the 1960s to early 1990s on Chicago’s Westside. My parents were part of the original movement. As an adult, I am curious about why this incredible movement isn’t talked about more and why it isn’t more known as part of our local Chicago history. Tying together personal memory, oral history, original Fifth City documents, urban planning, and city policy, Fifth City Revisited explores how we create healthy communities while also considering the scale at which we must do this work in order to grow and sustain it. This project holds Fifth City up as a symbol of radical Black-centered community building using dance, story, and media to ask: what is the power of this community’s story against the backdrop of city planning systems that have all but erased its work? What lessons does the Fifth City movement have to teach us in our current, exciting, and (cautiously) hopeful era of grassroots change where a renewed commitment to neighborhood investment is bubbling up across Chicago’s West and South sides? Your support for Fifth City Revisited contributes to this energy. With your donation, you are helping to bring this community history alive and continuing this conversation about the revitalization of Chicago’s Westside.

Born in the 1960s, the Fifth City Human Development Project was an ambitious community redevelopment process for Chicago’s Westside. Developed as a “40 year plan,” Fifth City incorporated educational curriculum, economic development, skill training, creativity, and community investment to rebuild the neighborhood following the 1968 riots that decimated so much of Chicago’s Westside. The visionary example presented a powerful model for local citizens reimagining their community and working together to manifest a new vision to bring a higher quality of life for all.

Drawing on a massive archive of the movement’s history preserved by the Institute of Cultural Affairs (the organization that grew out of the Fifth City movement), this project invites people to consider Fifth City’s plans, symbols, and rituals for community transformation as part of an active creative community process. I am partnering with the First Church of the Brethren, an intimate neighborhood church in Garfield Park right in the heart of the Fifth City community, to be the presenting venue for Fifth City Revisited. It is necessary that this work be staged in the actual community that the subject matter is all about. It is important that this work be in conversation with current citizens’ concerns and activations of energy across the Greater Westside from Garfield Park to North Lawndale, Austin, South Lawndale, Humboldt Park, and Little Village. It is crucial that on the ground community experts and activists be engaged to help spark a larger discussion and offer an array of solutions contemplating what it means to redevelop and what it takes to heal the Westside.

Comprised of an evening-length performance, an expanded installation of Fifth City history, and complementary programming, Fifth City Revisited is a call to action. Part of the work seeks to imagine new futures for this community through the lessons of the past. I will incorporate Fifth City's history with the current moment/movement on Chicago’s West and South sides around quality of life issues and citizen-led change. Complementary programming will include dialogues, workshops, walking tours, lectures, and visioning sessions where Westside community members and local grassroots change agents convene. Together, we will collectively imagine what healthy cities and neighborhoods can be using a combination of creative tools from storytelling, oral history, and collective mapping to performance.

Performances & programming will be staged April 24-26 & May 1-3, 2020 at First Church of the Brethren in the Fifth City community. 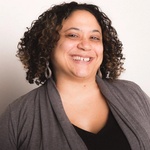 Meida Teresa McNeal is the Director of Honey Pot Performance, an Afro-feminist collective dedicated to critical performance and public humanities. Recent projects include ways of knowing (2019), a performance and media project exploring systems of knowledge production that premiered at …