The Violet Hour is a musical production that explores the career of internationally acclaimed soprano Mary Violet Leontyne Price and her rise to prominence during the 1950’s and 60’s despite the prevalence of segregation and discrimination in America. Three years ago, I created a one-act version of this piece, which was well-received by audiences at the South Shore Opera Company of Chicago, Rochester Fringe Festival, and University of Notre Dame. I was thrilled to revitalize the story of this icon, but ever since I’ve dreamed of developing this piece further and staging it as a full production. I want to honor Leontyne, but I felt something was missing. So I asked myself: “How can I get Leontyne’s story to the level of excellence that she so deserves? What is next for The Violet Hour?” With this campaign, I have the chance to take that next step by organizing workshop readings with a professional cast and artistic team, which will enable me to shop this work to mainstage producers and theaters. With your help, we can expand people’s knowledge of Leontyne’s extraordinary contributions to opera and the music industry in this country.

As an artist, Leontyne Price had a larger-than-life presence and a regal demeanor that inspired and touched people deeply, including myself. Early in my career I used to study performance recordings and interviews she gave. I knew I wanted to do a recital one day to honor her, but her story was also important to me as a single, Black woman, and entrepreneur. For me, Leontyne is the epitome of that. She is my idol and the person that I want to emulate in her singing style and range, as well as in the pursuit of her dreams. I started imitating her and mimicking her accent. I thought I’d love to play a role if there was one of her. I never thought I’d be the one to create it.

The Violet Hour production traces Leontyne’s extraordinary journey from the beginning of her career to her final performance of Aida at the Metropolitan Opera House in 1985. For this performance she received a 42-minute standing ovation, the longest in the Met’s history. This piece is ready to be a complete dramatic work that reveals the full scope of Leontyne’s power and what it is to be a live artist of her caliber.

With funding from this campaign, I’ll assemble workshop readings with professional teams to refine and mount the piece. The first phase will be with a dramaturg, director, and music director to help shape the script and notate changes. Then I’ll hire a cast of singers and actors to learn the piece as key performers. Finally, I’ll bring the crew together for an open-book performance that will be documented and presented to possible producers.

Ultimately, my job right now is to not give up on Leontyne and making this show all that I know it can be. We need to invest in this piece and her history and present it to an audience that will learn and appreciate the art that she brought to this world. Thank you so much for helping me bring more recognition to this important artist and her story. 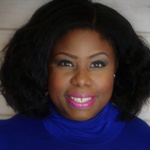