Smart Ass Cripple: The Movie is a short biographical documentary about Mike Ervin, a playwright, disability rights activist, and writer of the blog “Smart Ass Cripple.” As a disabled artist myself, I have always appreciated Mike’s work and felt that his story, and those of many other disabled artists, deserve to be more widely known. With this documentary, I hope to pilot what will become a series of documentary profiles on artists with disabilities here in Chicago. The project will show some of the realities of living with a disability and promote understanding and connection between people with disabilities and the larger community. I’ve seen the value and the necessity of sharing these stories. Forty-nine million people in the US have a disability, yet stories about or including a person with a disability are substantially underrepresented in mainstream media. When disability does make it onto the big screen, it’s usually a patronizing, stereotypical caricature. With your support, I will launch this project by highlighting one of Chicago’s great talents, and build more awareness and connection between the disabled and able-bodied communities.

After having a 25-year career in wheelchair sports, I unexpectedly became involved with dance for the first time at age 43 and have been performing now for 13 years. Through dance, I became more involved with other artists, performers, and activists in the disability community, including Mike Ervin. Born with muscular dystrophy (MD), Mike has spent decades sharing his perspective through journalism, blogging, theater, and disability rights activism. As a child, he grew up being paraded on national television as part of the Jerry Lewis Telethons to raise money for MD. These experiences as a poster child—intended to inspire guilt, discomfort, and pity in media consumers—led Mike to form a group of ex-telethon kids, called Jerry’s Orphans. Mike and his group protested the money-raising broadcasts in an effort to instead promote fair and respectful treatment of people with disabilities.

In his "Smart Ass Cripple" blog, Mike shares his day-to-day experiences. He has struggled with, and championed, a wide variety of disability-related issues including independent living, the accessibility of public establishments, and our cultural attitude towards people with disabilities. Now, Mike’s work will be the lens through which I examine the experience of living with a disability.

In my next artistic venture I want to expand my creative range and relationship with the art community, so I am collaborating with my daughter, Natalie Stone, a filmmaker. I, as a double amputee, and Natalie, a woman who grew up in a disability community, are uniquely qualified to provide insight into this diverse society. This nonfictional piece will show what it’s like to live, and thrive, in our world today as an individual with a disability. Donations will be used for production costs, equipment rentals, post production, and distribution.

We live in a political culture where it’s deemed acceptable to balance the state of Illinois’ budget by cutting services to our most vulnerable citizens who are often people with disabilities. Telling these folks’ stories will help to change this misguided culture. 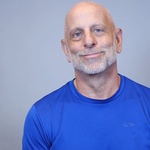 Kris Lenzo transitioned to dance after more than two decades as a wheelchair athlete. He was a national champion in both wheelchair basketball and wheelchair track multiple times. Kris competed as a US team member in Nova Scotia, Spain, and …