Spiderf*rt Press publishes new, experimental books at the intersection of performance and literature. I founded the press last year with four collaborating editors. Now we are working toward the release of our first title: a book by the Chicago-based collective Mocrep, known for creating work that blends music, performance art, media, and movement. Launching the press and publishing our first book is a huge endeavor which we view as an opportunity to shape an exciting movement in contemporary culture. In all its work, Spiderf*rt Press poses the question to a diverse stable of artists: how does a book unfold in time? In space? And we hope readers ask themselves: how do I want to participate in the performance of this book? Or of any book, for that matter? And where else around here could I be playing a different role? Without relying solely on self-funding, we’re asking for contributions to help launch the project, including covering start-up and materials costs.

I originally started Spiderf*rt Press because I had the sense that there's a movement emerging in contemporary classical music, and I saw an opportunity to accelerate its momentum. In "new music" circles, an ascendant brand of experimental, multidisciplinary performance not only applies video, media, and movement onto concert music, but pushes the performer so far into non-instrumental, non-musical contexts that it throws the integrity of the musical discipline into question.

I think this movement—unfolding in our corner of the art world as well as in literature, theater, and other fields—is part of a broad phenomenon in contemporary culture in which most people live everyday life across multiple media and via multiple platforms; in which technology enables most people to create and share their own music, movement, photography, and design; in which most everyone has 10 browser windows open at any moment and most everything references multiple meanings and histories simultaneously. For me, being an artist at this time in human history is exciting (and overwhelming!) because it feels like any creative desire can manifest in any medium. I wanted Spiderf*rt Press to capture this sprawl in book form.

Through Spiderf*rt Press, we aim to foster a sense of shared co-creation among artists and readers by publishing books that work equally as books and as materials for performance. We imagine some Spiderf*rt Press books will play with recognizable forms that invite reader participation: how-to, self-help, recipes, diagrams, and reference. Some might look more like text-based musical scores, scripts, audiobooks, or meditation tapes. We hope at least some of them look like nothing we've seen before!

For the first book, Mocrep lays out a new zodiac—a pseudo-science of personality and a handbook for anyone who needs help navigating relationships and creativity. Quizzes, worksheets, tips, and recipes help readers to understand themselves and give them tools to cope in a complicated universe.

Having co-run the record label Parlour Tapes+ for six years now, I know how simple and powerful a distribution platform can be in gathering people and ideas. Creating a book (or a record) helps like-minded artists, editors, and producers find each other and discover new perspectives by working together. Then releasing the thing into the world fires off a beacon that in turn helps those people find their people among the listeners, readers, and audiences that are attracted to the work. The book is a book, but it's also a network of people (a spider web, maybe?) who co-realize the idea across time and space. I hope donors feel like they are a part of that web, too. 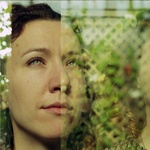 Deidre Huckabay is a Chicago-based performer, composer, writer, photographer, and record producer. Her work reflects a solitary, interior world, drawing on a musical life that requires long hours alone and listening. She tends to make work that undermines authorship by …