Chicka-Dee-Dee-Dee! is my current project-in-development, a visual and textual essay exploring the relationships between people, flora, and fauna in landscapes and cityscapes of North America, giving special emphasis to prairielands and their native grasses. The project will accumulate into a short film of multidisciplinary works put to video and shot in varied and seemingly idiosyncratic locations—from neighborhoods in Chicago, to the Berkshire Mountains in Massachusetts, across the tallgrass preserves of Strong City, Kansas. Capturing distance and a sense of expanse is important in this work, and I am asking for your help in achieving that. My background is in experimental theater, so this is new territory for me. Making Chicka-Dee into a film is born out of physical constraints that continue to affect my work, but it is also intentional. Through this project, I want to direct attention toward our surrounding ecology and the constant threat it is under, while expanding our capacity to participate in its recovery. The title, Chicka-Dee-Dee-Dee!, comes from the Black-capped Chickadee, a common non-migratory bird throughout the region whose namesake chatter serves as a warning across species of potential predators and other dangers. I am crafting this work as a call to activate my own senses to the actual, living, and speaking world, hopefully motivating others to pay attention as well. Your donation will support the success of this developmental phase, help fund collaborating artists, and provide the resources and equipment to work in a new form.

The seedling of Chicka-Dee-Dee-Dee! came from a very short, very lucky video I took in summer 2020 in the Montrose Point Bird Sanctuary by Lake Michigan. A curious and extremely brave Black-capped Chickadee landed on a thin branch just over my shoulder, and I managed to capture on my phone its particular, inquisitive head movements. Later, I used the clip of the bird’s tiny performance to inspire a short play-to-video I made for the remote version of The Infinite Wrench, the weekly flagship show of The Neo-Futurists Theater where I am an ensemble member. The play, titled Chicka Dee Dee Dee! (After Thierry), was an adaptation of the composer and filmmaker Thierry de Mey’s experimental short film, Floreal (1983), which provided much-needed inspiration for the adjustment to making online theater.

Because of the pandemic and its effect on creative spaces, it was and continues to be challenging to make art that feels grounded in actual, lived-in space, a feeling that is exceptional to live performance. De Mey’s work taught me a visual language that fully captured the tone and tempo of a small community’s exterior life, and I wanted to see how that language could translate to early-pandemic Chicago as people were frequenting parks more often. I was happy with the results and the unexpected convergences between nature, people, and architecture, and I wanted to see how the piece would change if I expanded its geographical boundaries.

In this early stage of development, I will continue creating outside the black box theater, stretching its limits. In the past I have made writing and performances pointing at nature and the prairies, birds and wildflowers, and preservation and the act of “prescribed burns.” Getting into the practice of doing theater outside, I thought it made sense to go directly to these sources of inspiration and create from there.

While the final product of Chicka-Dee-Dee-Dee! is best categorized as a short film, I consider the project a creative essay, using elements of text, images, movement, and sound. A period of site visits to nature preserves throughout the country will provide me with the research to inform my writing and serve as the visual backdrop of the piece. For sound, I will work with a composer to make an original soundtrack in the spirit of the de Mey film. I also hope to collaborate with movement artists to add a lyrical, physical language to the collected images. 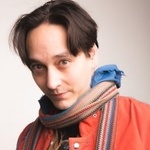 Kurt Chiang is a theater artist, writer, and performer. He is Artistic Director Emeritus & Ensemble Member of The Neo-Futurist Theater, where he wrote/performed more than 300 very short plays in the prolific weekly show, The Infinite Wrench. …