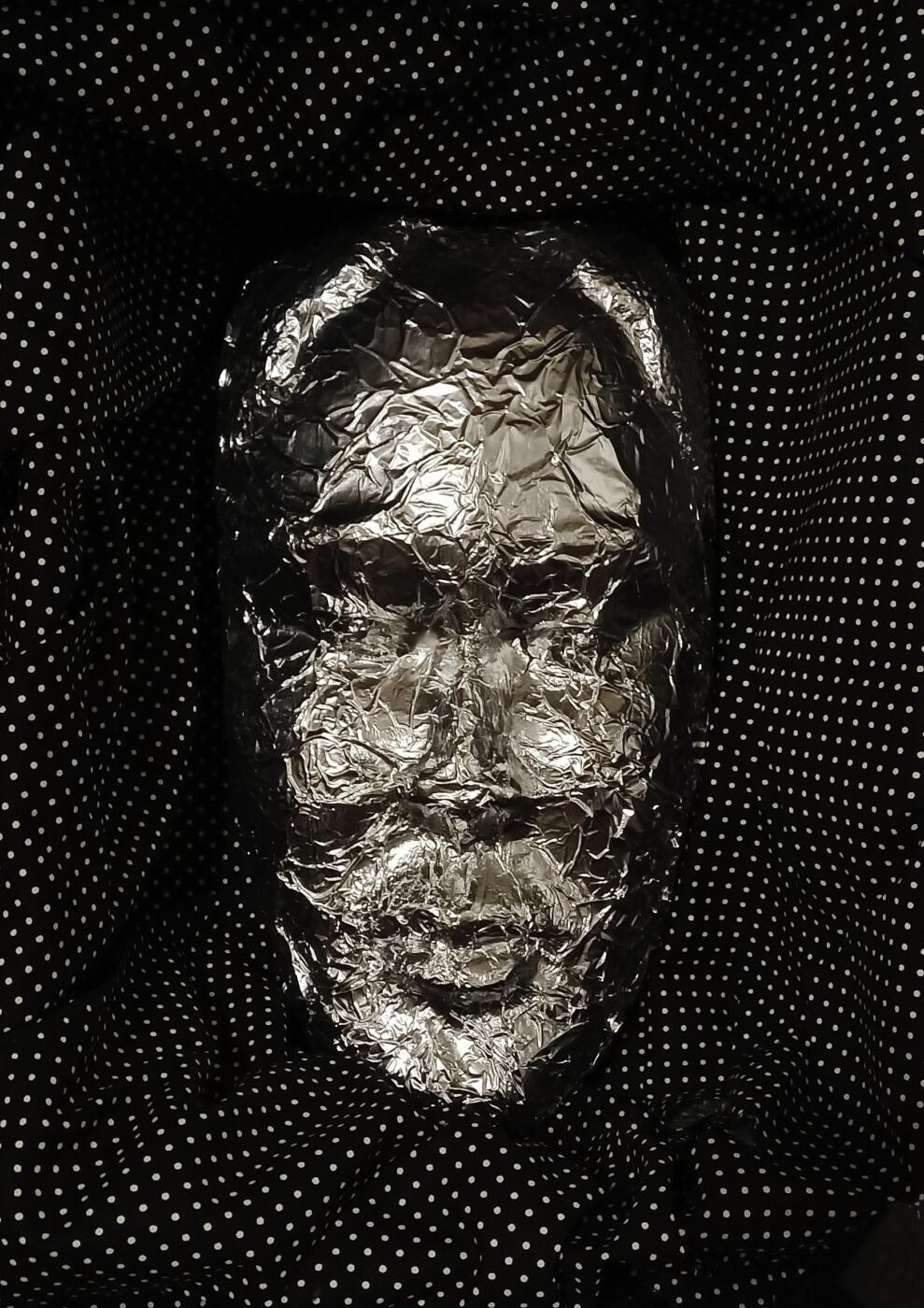 Work from The Making Mask, Cecil McDonald Jr.'s exhibition at the Epiphany Center for the Arts.

Norman is among fourteen designers selected to be in the inaugural cohort of the Dorchester Industries Experimental Design Lab, a three-year program partnership with Prada to support and amplify the work of emerging and established designers of color. The recipients “demonstrate extraordinary creative potential in their respective practices. Each designer will receive monetary support, access to Theaster Gates' and Prada's network of design leaders, as well as opportunities to gather, connect, and collaborate.”

Halena directs Wildcats, the first live, full-length theatrical production presented by the Neo-Futurists since 2020. A multimedia drag spectacle, the show “is inspired by the true story of Lucille Ball’s one and only attempt to perform on Broadway.” The show runs May 2 through May 28.

Tara is featured in the cast for The Luckiest, presented by Raven Theatre from May 4 – June 19. This is the Chicago premiere of the work by Melissa Ross and is a “heartfelt and honest look at the journey of life.”

On May 4, Nejla presents a new work in progress as part of her Co-MISSION Fellowship at Links Hall. Nejla is working on A Dance Without a Name, an interactive multimedia solo dance drawing on ancient symbols of the Ouroboros, nature, and femininity. Her piece will be paired with another work in progress showing by Jaerin Son in this double-bill event at Links Hall (in-person).

On May 6, Folayemi is among the panelists in an online conversation with author Deirdre Visser about her recent book, Joinery, Joists, and Gender: A History of Woodworking for the 21st Century (Routledge, 2022). Folayemi is profiled in the book, which focuses on women woodworking and craft artists.

On May 7, Ayo and the Ayodele Drum & Dance ensemble present their 2022 concert entitled HerStory II Tell: Femmes de Pouvoir. “Immerse yourself in the wonders of African drum and dance as we continue HerStory. You don’t want to miss this exciting and thought-provoking cultural experience about the journey of three youths to understand the PowHer of warrior women who challenge the status quo.” The concert will take place at 8:00pm (doors open at 7pm) at the Reva & David Logan Center for the Arts.

A work choreographed by Monique will be performed by Cerqua Rivera Dance Theatre on May 7, as part of Celebrating Black Excellence at St. Moses the Black Parish in Hyde Park.

On May 13, two of Regina’s compositions, Kaleidoscope (string quartet) and Deliverance (piano), will be performed in concert at Roosevelt University’s Ganz Hall, 430 South Michigan (7th Floor), presented by 6Degrees, a collective of women composers. The event is free and open to the public.

On May 13 and 15, Caitlin is presenting two concerts of works from her debut album Exhale. On May 13, she’ll perform with a string chamber orchestra and a four-piece band in a collaboration with students in the Chicago Arts and Music Project in East Garfield. On May 15, she will perform at Elastic Arts at 6pm.

On May 13 and 14, Tomeka presents the 2022 Chicago Jazz String Summit, a series of performances, workshops, and acknowledgements for members of the Chicago Jazz, improvised, and experimental music scene. The summit is open to the public with a variety of in-person and virtual options.

On May 14, avery and the other three co-directors of the Floating Museum art collective will be in conversation about Chicago’s Public Art as part of the Chicago Humanities Festival. The group will discuss their work in relation to the history of public art, practices, and institutions. The program also opens with a special performance orchestrated by avery.

During May 20 -22 (*), the Field Museum celebrates the newly renovated Native North American Hall, a culmination of four years of planning and consultation with Native American artists, storytellers, and collaborators. Frank Waln is among several local Indigenous artists with work featured in the new wing. (*From May 14-15, members of the Native American community are invited to experience a special preview.)

On May 20, Kia celebrates the 5th anniversary of South Chicago Dance Theater, which she co-founded. As part of the festivities, held for the first time at the Harris Theater for Music and Dance, she will present five new commissions, including new choreographed works by herself and fellow 3Arts artist, Stephanie Martinez.

From May 20 – July 2, Cecil presents the solo exhibition, The Making Mask, at Epiphany Center for the Arts. Cecil was invited to select an antique camera from the Center’s Rod Slemmons Camera Archive to create this new body of work. Choosing an antique view camera, Cecil reflected: “unwieldy, bulky and awkward, the view camera encourages a return to play, chance, and experimentation.”

On May 26-27, Stephanie will present a first-look, immersive, staged presentation of her newest work UNTOLD inspired by Elizabeth Lesser’s “Cassandra Speaks: When Women are the Storytellers, the Human Story Changes” and further informed by Maya Angelou’s quote that “there is no greater agony than bearing an untold story inside you.”

Now through May 29, Ebere presents owoko, an interactive installation that honors Igbo women through an ongoing ritual centered around the element of water. The presentation is part of a monthly exhibition series at Comfort Station in Logan Square.

During May and June, William is an Artist in Residence at the Chicago Cultural Center’s Learning Lab. He will install his RADICAL Printshop Project onsite and deliver workshops on the nearby streets outside through his Mobile Street Art Cart Project. Check the website for specific programming dates and times.

Now through July 31, Kareem and Michel are among the cast members of Lookingglass Alice, “a fantastical trip down the rabbit hole, through the looking glass, and deep into your heart.” As a Lookingglass ensemble member, Kareem plays the role of the Red Queen, and Michel joins the cast for the first time as the White Rabbit.